What was life like in the Australian colonies in the late 1800s? 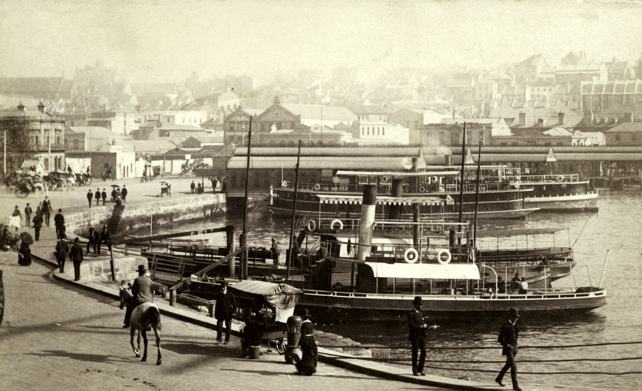 A description of Sydney

Not but that there are plenty of fine buildings, public and private…Time alone can, and is rapidly making away with the old tumble-down buildings which spoil the appearance of their neighbours. But time cannot easily widen the streets of Sydney, nor rectify their crookedness.

The water-supply is not always quite as plentiful as could be wished; but on the other hand, there is an excellent system of deep drainage, and the eye is not offended by open sewers, as in Melbourne. You will notice that there are not so many private carriages here, and fewer horsemen. The traffic appears greater, but this is entirely owing to the narrowness of the streets.

The names of the principal streets proclaim the age of the town. George Street and Pitt Street are the two main thoroughfares, and there are Castlereagh, Liverpool, and William Streets, while King, Hunter, Bligh, Macquarie, and Philip Streets, and Darlinghurst preserve the names of the first governors. 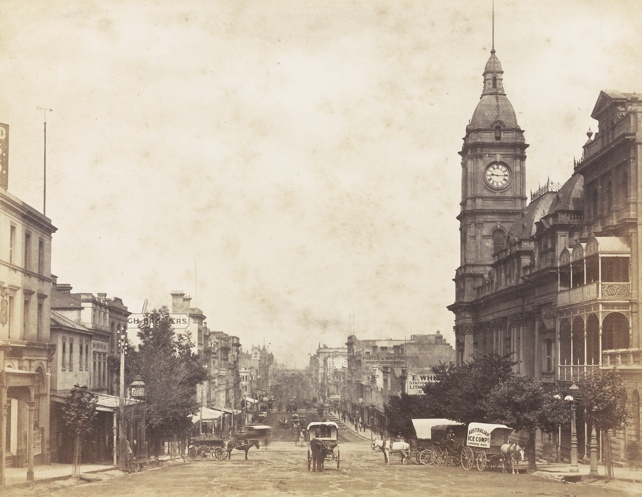 A description of Melbourne

…you will find…in Melbourne…a larger measure of intellectual life – i.e., more books and men of education and intellect, more and better theatrical and musical performances, more racing and cricket, football, and athletic clubs.

Passengers by ocean-going vessels to Melbourne land either at Sandridge or Williamstown, small shipping towns situated on either side of the river Yarra…A quarter of an hour in the train brings the visitor into the heart of the city. On getting out he can hardly fail to be impressed by the size of the buildings around him, and by the width of the streets, which are laid out in rectangular blocks, the footpaths being all well paved or asphalted.

The town is well lighted with gas, and the water supply, from reservoirs on the Yarra a few miles above, is plentiful, but not good for drinking. There is no underground drainage system. All the sewage is carried away in huge open gutters, which run all through the town.

In compensation they are as yet untroubled with tramways, although another couple of years will probably see rails laid all over the city. A description of Adelaide

Adelaide is a thoroughly modern town…

For its size, I consider Adelaide the best-built town I know, and certainly it is the best laid out and one of the prettiest and most conveniently situated. It nestles, so to speak, at the foot of a range of high hills…The streets are broad and laid out in rectangular blocks.

Nominally there are three theatres practically only one, but that is undoubtedly the prettiest and best in Australia. But the pride of Adelaide is its Botanic Garden, which, though unpromisingly situated on a perfectly level spot, with no water at hand, has been transformed, by means of artificial water and artificial hillocks, into the prettiest garden in the world.

The drainage is defective, but the water-supply good. There is still a great deal to be done to the footpaths…The tramway system is the most complete in Australia. All the trams are drawn by horses; to such of the suburbs as are too thinly populated to have trams large wagonettes for the most part run in lieu of omnibuses.

Other towns and transport

The country towns of Australia, generally, are not attractive…

The new countries, however, have taken a lesson from the deficiencies of old countries, and have commenced their towns on a certain plan, with wide street, and large spaces, and straight long lines.

In the centre there is still the town, though day by day its right to the name is passing from it. There are still the publicans, and still the churches…and there is the bank holding its position as long as an ounce of gold is to be extracted from the unwilling soil. Here congregate Chinese in gangs, who are content to re-wash the ground which has already been perhaps twice washed by European or Australian Christians…

In New South Wales there are three lines of railway nearly equal in length, comprising altogether 394 miles…The population is scattered so far and wide that the towns to be connected are too small to pay for the railway traffic.

Throughout the whole of this enormous country there are but 604 miles of metalled roads, by far the majority of which are closely adjacent to the towns.

Over many of these bush roads, Cobb’s coaches travel day and night, passing in and out through the trees, up and down across the creeks…The average pace of the travelling in New South Wales is about six miles an hour. But more go in their own buggies than by coach, and perhaps more on horseback than in buggies…But the pleasantest mode of bush travelling is on horseback. It is open to this objection, — that you can carry nothing with you but what can be strapped on to your saddle before you.

The work which Australian horses will do when immediately taken off the grass is very surprising, I have ridden forty, fifty, and even as much as sixty-four miles in a day. 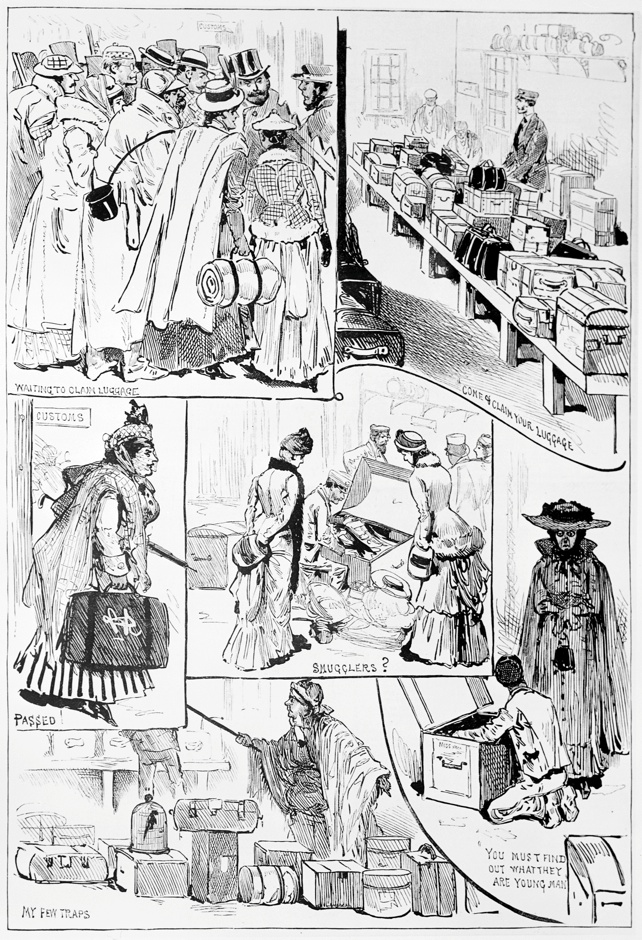