Who were some of the political figures from New South Wales that played a leading role in the Federation movement?

Henry Parkes and his wife came from England to Sydney in 1839. He first worked on a farm but hated it. Being clever, however, and keen to become rich, he quickly found better work. By 1850, he was running a newspaper that published stories calling for more rights for the people. He was soon elected to parliament because of his support for democracy. He was Premier of New South Wales five times, switching sides often, and always giving a good speech to explain why. He kept trying to make money in business, but always failed.

In 1889, in a speech at Tenterfield, he declared that the colonies must not just cooperate; they should form a strong new nation. He organised a Convention that met in 1891, and drafted a constitution for a Commonwealth of Australia. This was very like the Constitution that was finally adopted in 1901. Parkes died in 1896, so he did not see Federation. However, he was the one who had most powerfully said that making a nation was a great work, and that the colonies should set aside their differences to make it happen.

In March 1891, Parkes toasted the opening of a Federal Convention in Sydney. During his toast, he spoke about it being time for the people of Australia to come together as a great nation. 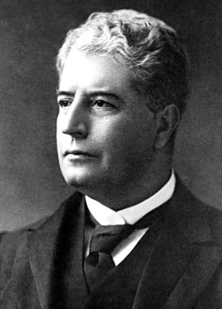 Edmund Barton was born and raised in Sydney. He was a good student in secondary school and university. By the age of 30, he was a lawyer and a member of Parliament.

Like many other people born in Australia, he was keen on the plan to form an Australian nation. He became the leader of the Federation movement in New South Wales, travelling the colony to give speeches and organise supporters. On this issue, he had found his calling.

Barton was the dominant figure of the 1897–98 Australasian Federal Conventions. He was in charge of getting the words in the Constitution right. After each day’s debate, he worked through the night while the other delegates slept.

He became so admired and trusted that the leading politicians in the other colonies wanted him to be the first Prime Minister. He was Prime Minister from 1901 to 1903. He then retired and became a judge on the new High Court.

On the eve of the vote to decide whether or not the Australian colonies should federate, Edmund Barton wrote an open letter to the local newspaper. He did not speak as a political leader, but rather as an ordinary citizen, about the nation’s future happiness and that of its people being dependent upon voting in favour of Federation.

One word, I may, however, add as your fellow elector. New South Wales is my native colony—it is my home… It is the birth-place of my children… In voting for the Bill, I am committing myself, and the happiness of my children, to the Australian future. You do no less, but you do no more. 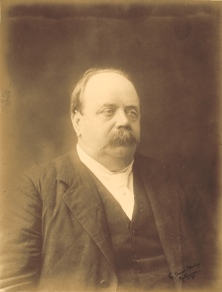 George Reid came to Australia from Scotland with his family in 1852. He worked as a public servant, studied law and then entered Parliament. He was smart and spoke in a slangy way, which made him very popular.

Reid believed in free trade. He felt that tariffs on goods traded between colonies should be removed. He criticised the leader of the Free Trade Party, Henry Parkes, for supporting taxes on imported goods. When Parkes brought back a draft Constitution from the 1891 Convention, Reid attacked it. He said it was a danger to New South Wales and undemocratic. When he became Premier in 1894, he supported a fresh approach to Federation, with the people electing delegates to the Convention. He was still unhappy with the Constitution it produced, but said he would vote for it. Barton and the other federalists mistrusted him for this Yes–No approach.

Reid led the Free Trade Party at the first federal elections, and came close to beating Barton and the protectionists, who wanted to put tariffs on imported goods from overseas. He was Prime Minister briefly in 1904–5, and became Australia’s first High Commissioner in London.

Reid typically joked about his reputation of being Yes–No on the issue of Federation.

That is a baseless lie; the exact opposite of the truth…I was no–yes.