Who were some of the women in New South Wales who made important contributions to social and political change in the late 1880s and 1890s? 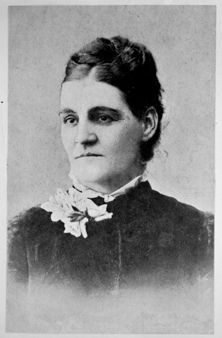 Louisa Lawson was born near Mudgee in New South Wales. She was a clever and thoughtful girl, who married at 18 and moved to a bark hut on the goldfields with her husband. Her life there was hard and lonely. Her husband was often away, leaving Lawson alone to bring up their four small children with very little money. One of her children became the famous writer, Henry Lawson.

In 1883, Lawson left her husband and moved to Sydney. She managed boarding houses and used the money she had saved to buy shares in the pro-Federation newspaper The Republican, which she worked on with her son, Henry. In 1888, she began to publish The Dawn, a journal printed by women and run by women, with the aim to be a ‘phonograph to wind out audibly the whispers, pleadings and demands of the sisterhood’.

The Dawn lasted 17 years. It addressed issues such as women’s economic and legal rights and women’s right to vote. Lawson spent her life working to improve the lives of women. She ran groups to educate them about health issues and the way they lived. She always encouraged them to help themselves. When women were granted the vote in 1902, Lawson was called ‘the mother of suffrage in New South Wales’.

Upon reading of women being criticised in The Bulletin’s ‘Red Page’, Lawson’s reply to the male editor was direct and to the point.

And why shouldn’t a woman be tall and strong?