What were the issues as the people of New South Wales considered whether or not to support Federation?

Extract from speech by Henry Parkes at Tenterfield, 24 October 1889

General Edwards had also advised that the forces of the various colonies should be federated together for operation in unison in the event of war, so as to act as one great federal army. If an attack were made upon any of the colonies, it might be necessary for us to bring all our power to bear on one spot of the coast…

The great question which they had to consider was, whether the time had not now arisen for the creation on this Australian continent of an Australian Government… to preserve the security and integrity of these colonies that the whole of their forces should be amalgamated into one great federal army… They had now, from South Australia to Queensland, a stretch of about 2000 miles of railway, and if the four colonies could only combine to adopt a uniform gauge, it would be an immense advantage in the movement of troops…

Surely, what the Americans have done by war, the Australians could bring about in peace ... it was essential to preserve the security and integrity of these colonies that the whole of their forces should be amalgamated into one great federal army… they must appoint a convention of leading men from all the colonies who would… devise the constitution (for) a federal government with a federal parliament…

Sir, I write to you to protest against your barbarous Custom-house regulations. I and my wife were passengers by the express from Adelaide last Thursday, and on arrival in Melbourne on Friday we were subjected to the ignominy of having our boxes, &c., searched and turned over before a crowd of railway porters and bystanders, although we had nothing but our wearing apparel, and no dutiable goods. I consider it a disgrace to the colony of Victoria that visitors from the neighbouring colonies should be subjected to such treatment. I am a Sydney resident and may state that this is the first time I have been so treated. What is the use of talking about federation, when I cannot travel from South Australia or New South Wales without being subject to having my luggage searched and turned over? Victorians should be heartily ashamed of themselves.—Yours &c., Indignant. 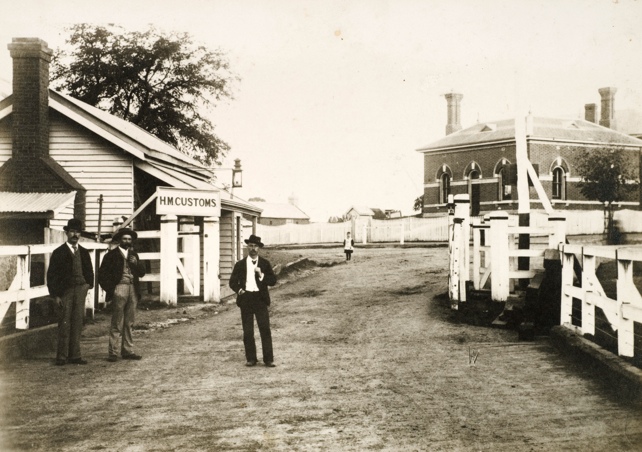 ‘The Mongolian octopus—its grip on Australia’ 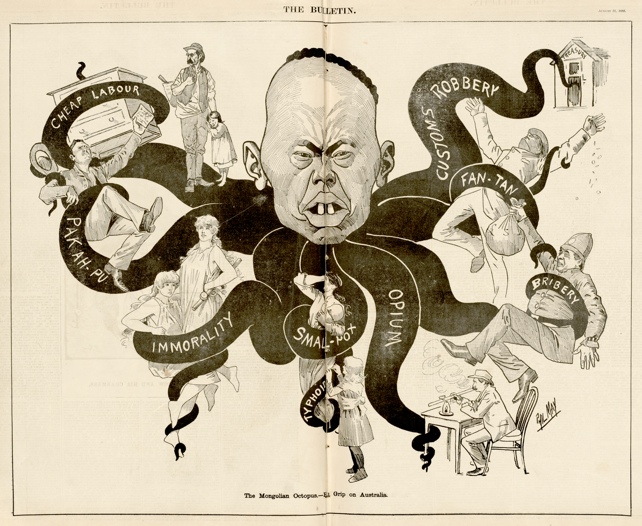 Students, please note: today, a cartoon such as ‘The Mongolian octopus— would be considered racist.

In a parliamentary debate on immigration restriction, the kind of debate that led to the ‘White Australia’ policy, Attorney-General, Alfred Deakin stated that the Japanese and Chinese were a threat to the newly formed Federation for the following reasons.

It is not the bad qualities, but the good qualities of these alien races that make them so dangerous to us. It is their inexhaustible energy, their power of applying themselves to new tasks, their endurance and low standard of living that make them such competitors.

We claim that as a human being, she should have… the same rights and privileges as that other section of humanity called men.

Rose Scott in a report of a debate with Miss Badham in the Australian Economist, 1895. 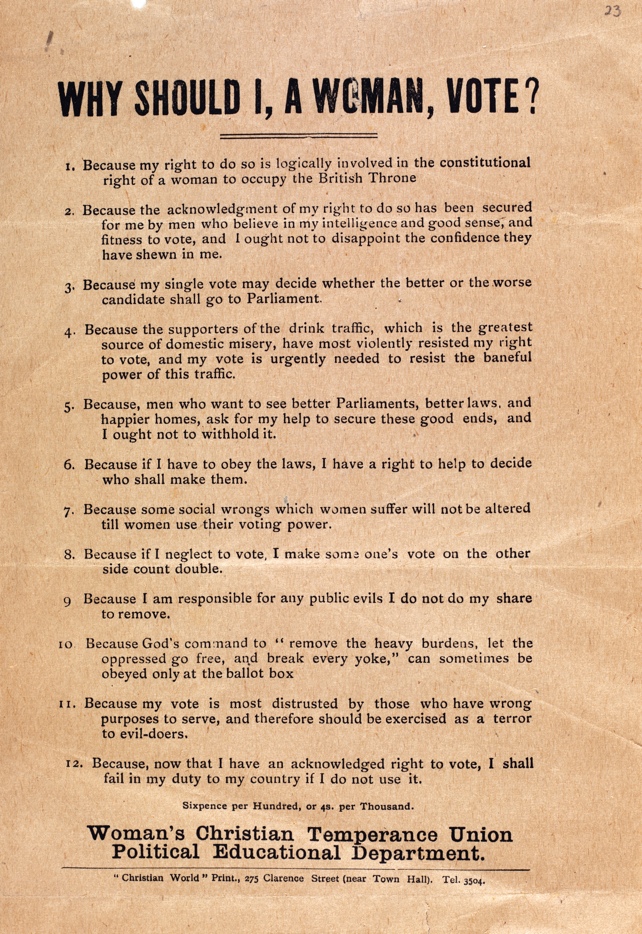 Record the issue contained in your primary source. List the positive (pluses) and negative (minuses) consequences for taking action and for taking no action on the issue. What would your position on the issue have been if you had lived in New South Wales at the time: to take action or take no action? Justify your answer.

What is this issue?

If the people of New South Wales had chosen to do something about the issue, then…

Or, If the people of New South Wales had chosen to do nothing about the issue, then…

…what might the positive and negative consequences have been?

Base your answers on what you know and the primary source material you have read.

If you were living in New South Wales at the time, what would your position on the issue have been and why?