When did New South Wales decide in favour of Federation, and what contributed to the positive result?

Extract of an interview with George Reid after the Premiers’ ‘secret’ conference, 3 February 1899

There is a general feeling of jubilation in Melbourne this morning at the sudden announcement of the fact that the Premiers had come to a unanimous agreement, and that a scheme of federation had been drawn up. It was understood that up to noon yesterday the Premiers were as far from agreement as ever. Sir E. Braddon stoutly declined to give way, and persisted in his clause remaining unaltered in the draft bill. Eventually, however, he was talked over by Mr. Reid… and agreed to the insertion of words limiting the operation of the clause to 10 years. Thus everything ended happily.

Finally Mr. Reid stated that he felt convinced that the agreement arrived at would give general satisfaction all round, and that he thought that federation would shortly be an accomplished fact. 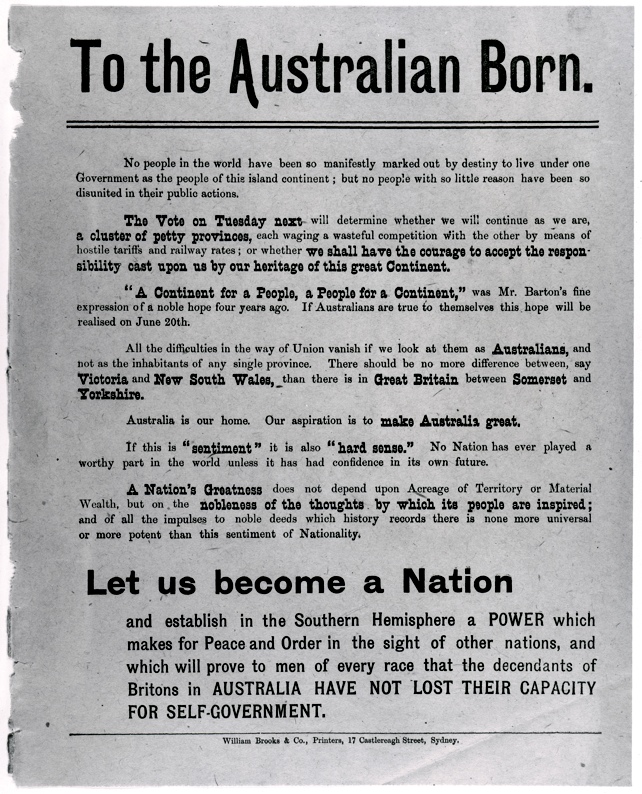 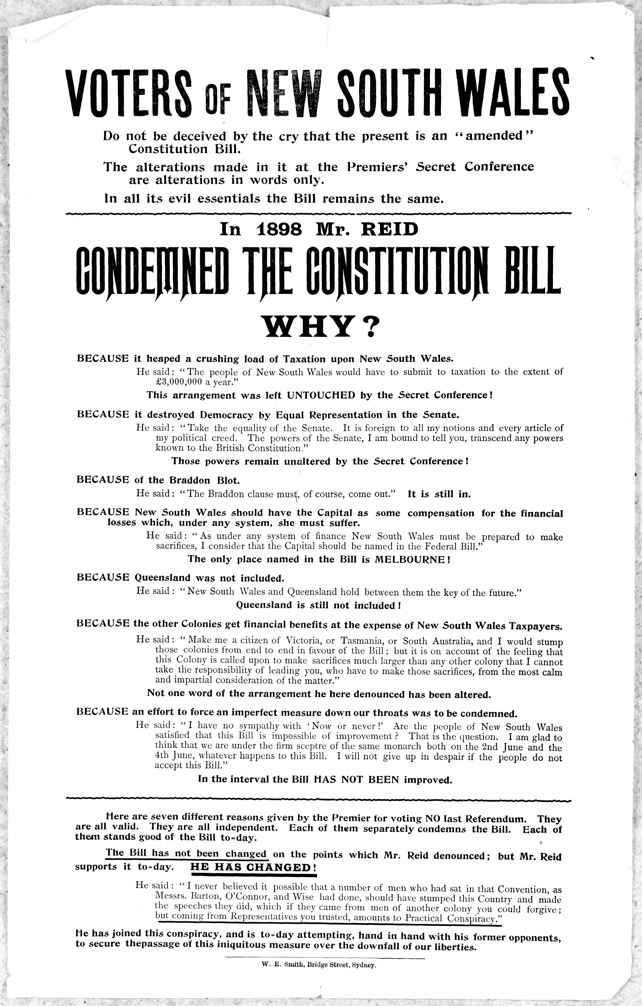 Results of the 1899 Referendums

Results of the 1900 Referendum