Who were some of the political leaders in the colony of Queensland in the late 1800s? 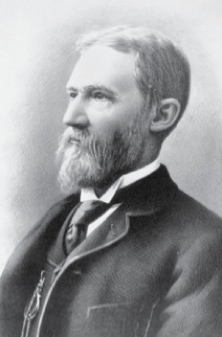 Samuel Griffith was eight when he migrated with his family from Wales to Queensland in 1853. After an education at several different schools in Queensland, Samuel went to the University of Sydney. He was an outstanding student, and later studied law in Brisbane, becoming a lawyer in 1867. He married Julia Thomson in 1870, and two years later entered politics when he was elected to the Queensland Legislative Assembly.

Samuel Griffith was twice Premier of Queensland and had two knighthoods bestowed on him, which entitled him to be called Sir Samuel Griffith. As a politician, he introduced laws to prevent more South Pacific Islander labour being imported to Queensland, and passed a bill to legalise trade unions. He represented Queensland at the Colonial Conference in London in 1887 and impressed delegates with his ideas about trade. In 1891, he authorised the use of the military to break the Shearers’ Strike that had put Queensland in turmoil.

In the same year, at the Sydney Constitutional Convention, he used his fine legal mind to draft Australia’s first Constitution. His main ideas are still in Australia’s Constitution today. As Chief Justice of the Supreme Court of Queensland, Samuel Griffith drafted Queensland’s Criminal Code.

Samuel Griffith welcomed the new Federation on 1 January with an article entitled ‘The New Citizenship’, in which he foresaw the people of the colonies developing an Australia-wide loyalty and responsibility.

To-day Queensland ceases to bear the name of ‘Colony’, and becomes ‘The State of Queensland in the Commonwealth of Australia.’… But not only the name is changed…No Australian can henceforth say that anything Australian is no concern of his. 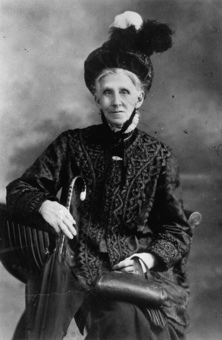 Emma Miller was born in Derbyshire, England. She was strongly influenced by her father, who took her to political meetings of the Chartists, a group which argued for more democratic government. Two of their demands were that all men over the age of 21 should be allowed to vote and that voting should be secret. After marrying in 1857, Emma worked hard as a seamstress, sewing clothes 12 hours a day, six days a week to support four children. She migrated to Brisbane with her second husband and children in 1879.

Emma became a shirt-maker and helped to form a female workers’ union, mainly of tailors. Her life was filled with activity to improve the lives of working people. She was an organiser for the Australian Workers’ Union, and became the first woman member of the Brisbane Workers Political Organisation. She also gave evidence at a Royal Commission into shops, factories and workshops, arguing for better pay, shorter working hours and improved conditions. Emma Miller was also a champion for women’s rights and fought for causes such as equal pay with men, and women’s right to vote in elections.

Emma was an energetic and active citizen. She marched with Shearers’ Strike leaders after they were released from prison, and opposed Australian participation in the First World War. At a demonstration to parliament in 1912, she is said to have stuck a hatpin into a policeman’s horse. The horse reared and the policeman was injured.

Emma was a member, delegate or president of many organisations promoting rights for workers. She became known as ‘mother Miller’ and ‘the grand old labor woman of Queensland’.

Emma Miller stood for workers’ rights, as well as the vote for women. At a meeting in Brisbane in 1894, she objected to women getting the vote on the same, unequal terms as men, because the franchise for the Queensland Parliament at that time gave men who owned property an unfair advantage over men who did not. She was reported to have wanted a fairer scheme for all people—one person, one vote.

[Women] did not ask for anything unfair. All women were equal; they wanted One Woman, One Vote and not three or four apiece for some women. 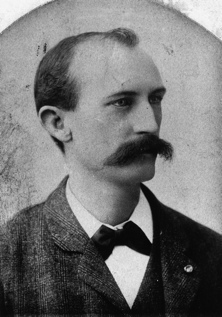 Anderson Dawson was born in 1863 at Rockhampton in Queensland. When he was very young, his parents died, and he was put in an orphanage. Later, an uncle took him to Gympie, where he went to school until the age of 12. Dawson moved to Charters Towers and worked in various occupations, including bullock-driving and mining. At only 19 years old, he became head amalgamator of one of the main gold batteries, which was unhealthy and dangerous work. At this time, mercury was used to extract gold by forming an amalgam.

In 1893, Dawson was elected to the Queensland Parliament’s continued Legislative Assembly as a Labor member for Charters Towers. His speeches in Parliament were mainly about mining and railways. Dawson made friends with many other politicians, even those from the Liberal opposition party. He hoped that cooperation with the Liberals would help Labor lead the government. Dawson was successful in this ambition, and became Premier of Queensland in 1899. It was the first Labor Government anywhere in the world. However, it only lasted one week before it was defeated.

Dawson was an enthusiastic supporter of Federation. After the formation of the Australian Commonwealth in 1901, he became a member of the Senate. In 1904, he was Minister for Defence in the government led by Prime Minister John Watson. He retired from politics in 1906, and died in Brisbane in 1910.

Anderson Dawson saw the Chinese on the goldfields and the use of South Pacific Islander labour on the sugar plantations of north Queensland as a threat to the employment and wages of white workers. For him, Federation was an opportunity to advance the rights and living standards of workers.

…we shall federate in order to bring to our assistance the real power of our democratic brothers in the other colonies. I feel confident that when we are under the Commonwealth…we shall put a very speedy and a very effective check on the coloured aliens, and whatever wealth there is to be gained…it will be for the white Australia… 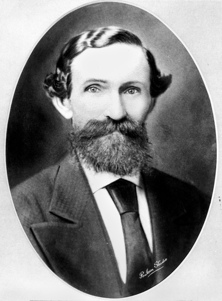 John Murtagh Macrossan was born in Creeslough, County Donegal in Ireland in 1832. At 16 years of age, he was sent to study in Glasgow, but the adventurous Macrossan found himself on the Victorian goldfields by the time he was 21, and on the goldfields of north Queensland by the age of 33. A fiery personality with a fierce loyalty to his fellow miners, Macrossan became a spokesperson for miners’ rights and formed the Ravenswood Miners Protective Association. He was elected to the Queensland Parliament in 1874, where he served as a government minister many times.

Macrossan was an unshakeable representative of miners and north Queensland. He would also become a fierce advocate of the Australian colonies joining together in Federation. In debates in the Parliament, Macrossan advanced the causes of north Queensland. He argued for a continuing cheap supply of South Pacific Islander labour for sugar planters, as long as their work was confined to the plantations, and for a tax to be removed from mining machinery. In 1886, he made an impassioned speech in favour of north Queensland’s continued separation from the rest of Queensland, because he did not believe the north was receiving its due in government expenditure.

Macrossan’s belief in separation was only rivalled by his passion for Federation. At the Federal Convention, he warned that there could be no true Federation without the colonies giving up some of their powers to the Federal Parliament. He looked forward to a time when the people of the colonies would be ‘first Australians, and then Queenslanders and South Australians and Victorians’.

John Macrossan died suddenly while attending the Federal Convention in 1891.

Macrossan pursued the separation issue at the Federation Convention of 1891. Representing Queensland with his long-time parliamentary adversary Samuel Griffith, Macrossan argued that some of the colonies were too large for good government.

I believe also that power should be given to the Federal Parliament…to cut up, if thought necessary, the different existing colonies into smaller states…Some of the existing colonies, such as Queensland, South Australia and Western Australia, are far too large for good government.