What was South Australia like in the late 1800s?

The Capital of South Australia is a happy choice of its site, and the manner in which it was laid out by the original surveyors. It lies on an elevated plain between Mount Lofty ranges and the sea, and the River Torrens, once a fine river, then an insignificant stream, now a handsome lake, divides it into two parts, known respectively as North and South Adelaide …The city is laid out in regular streets, with equally regular streets intersecting, and all these particularly clean. Rundle Street…runs at right angles from the great thoroughfare of King William Street and through the eastern Park Lands, having along its length many important buildings, including the Jewish Synagogue, and the East End markets. 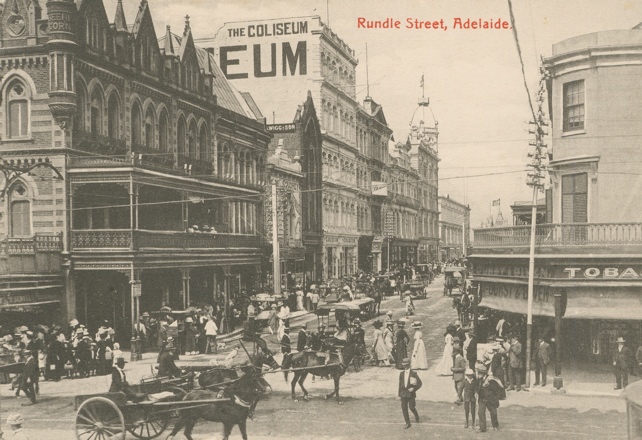 Adelaide…resembles more than any English town we know a German “Residenzadt”—the capital of a little principality, with parks and gardens, its little court society, its absence of conspicuous industrialism, and its general air of laying itself quietly to enjoy a comfortable life…It is hoped that it will gradually add some of the charms of the German city—music, for instance, by a municipal band, if not by a municipal opera house, might easily come; the little University might develop some scholarship…Adelaide has, in fact, more chance than any other Australian city of becoming the Weimar or, more precisely, the Stuttgart of the Southern Hemisphere. 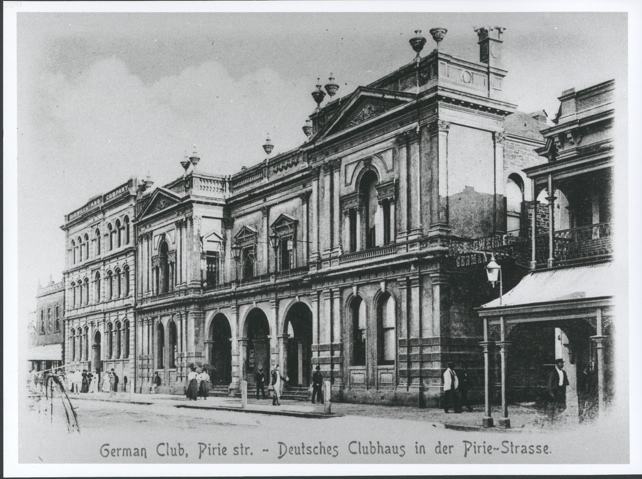 Port Augusta is a very fine natural harbour, about 250 miles north-west of Adelaide, and is the northern port of South Australia. There is here a population in the municipality of 1500, and amongst the public buildings is a Town Hall, lit by electricity, which is the finest outside of Adelaide. …From the port there is a considerable export of wool, wheat, copper, hides and tallow… There are indications of mineral wealth all round. Some of the business houses are very fine, and generally the place is a go-ahead commercial centre.

A stroll round the town is not without interest to those who remember it in the palmy days of coaching, but this light of other days does anything but shine now that the railway line is in existence… The Bank, Post Office, and the local newspaper and printing offices are situated not far from the mill… The local gasworks are situated on the other side of the river. [Their] charge of 15s. per 1000ft. of gas supplied is the cause of much grumbling on the part of the township residents. Spanning the river leading to the railway station is the second bridge erected for traffic purposes… The old coaching stables…are now transformed into the local cheese and butter factory.

Winding up a short, but steep incline from the beach, about 200 yards, the town of Palmerston comes into view, situated on a peninsula bluff stretching into the harbour, the extreme cape being ornamented by the Governor’s residence—not a very imposing building certainly; but quite elegant enough for a new country… Palmerston has lately made rapid strides in the way of progress. Three of the streets are assuming a uniform appearance and tents dotted around the bush in every direction. Just now it is all a stir and bustle and publicans, storekeepers and mechanics are doing a thriving trade. The public houses are two, the general stores eleven, bakers two, and blacksmiths two. There is one chemist and some talk of a butcher’s shop being opened. The only stone and lime buildings are the Telegraph and Post Offices…