Who were some of the political figures from South Australia that played a leading role in the Federation movement? 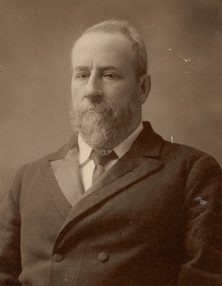 Charles Cameron Kingston was a lawyer. In politics, he was a radical, and impatient with those opposed to democratic reforms. He challenged one of his opponents to a duel with pistols and was arrested by the police. In court, the magistrate ordered him to keep the peace for 12 months. But, this did not stop him becoming Premier.

He was a great supporter of Federation. Apart from insisting that the small States must have the same number of senators as the large States, he wanted a democratic Constitution for the Commonwealth. He believed that all people, including men and women, should have the vote. He argued strongly that the upper house (Legislative Council) should not block the people’s wishes represented in the lower house, as it did in South Australia.

Kingston was Minister for Trade and Customs in the first Commonwealth ministry under Prime Minister Edmund Barton. This was an important post, since he had to steer through Parliament the new tariff laws, which were to replace those of the colonies. He also drew up the bill for the Arbitration Court that was to settle workplace disputes, something he had pioneered in South Australia.

In a letter to the people of South Australia, Kingston encouraged people to vote in favour of Federation, and warned them against further delay as the consequences of such action would only lead to increased intercolonial differences.

What patriotic Australian can desire to see a further postponement of the accomplishment of Federation… I have penned this letter that at least it may not be my fault should they fail to realise the great possibilities of the position and the dangers which may result from their neglect. But neglect would be a crime against Australia, and I cannot seriously contemplate its probability. 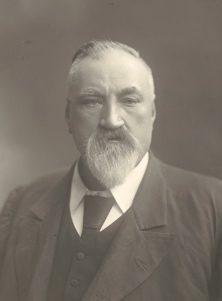 Thomas Playford and his family arrived in Adelaide from England in 1844. His father was a minister of religion, who refused to let his eldest son study law, which he thought was the devil’s business. Instead, Playford established a successful fruit orchard in the Adelaide Hills. Unlike the clever city lawyers, he made slow progress in politics, beginning in local government before moving to parliament. But, he was a very able man, plain- spoken and honest, who became a government minister and was twice Premier in 1887–89 and 1890–92.

He attended the 1890 Federal Conference called by Henry Parkes. Playford, like many others, wondered why Parkes was suddenly interested in Federation and criticised him openly. Playford said politicians could not create a movement for Federation, whereas Parkes said all great movements had a great man as their leader. At the 1891 Federal Convention, Playford supported a limitation on the Senate’s powers over the budget, which the big colonies insisted on.

He did not attend the 1897–98 Australasian Federal Conventions because he was the colony’s representative in London. He was elected to the Commonwealth Senate in 1901, and served as a minister under Alfred Deakin.

At the 1890 Federal Conference, Playford contested Henry Parkes’ belief that Federation was a people’s movement that was beginning to have widespread grassroots support. The question of whether the colonies of Australia were ready to federate was debated at great length at the conference.

…if the people of Australia had taken up this question in the first instance, we should have had it brought to a conclusion long ago… It has not sprung from the people…so far as South Australia is concerned, with the people not so educated on the question as to enable us to state that they…are distinctly and unmistakably prepared for federation, and to what extent they are willing to go. 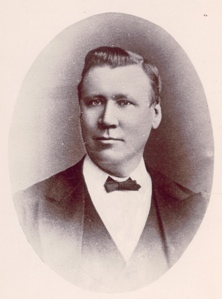 John Downer was very clever, winning a scholarship to St Peters school in Adelaide. He became the leading lawyer in Adelaide. In politics, he was conservative, but on some issues, such as women’s rights, he was a reformer. In 1883, he passed a law allowing married women the right to own property, rather than it belonging to their husbands. He also supported votes for women.

Downer was a member of the Federal Conventions of 1891 and 1897–98. He was also a supporter of a strong Senate to protect the smaller States. As with many Australian-born lawyers, who were proud of their ability, Downer did not want English judges to be the final court of appeal for Australian law. However, the 1897–98 Australasian Federal Conventions did not want to exclude them completely. When the Convention met in Adelaide, Downer worked closely with Edmund Barton on drafting the Australian Constitution. Barton stayed at his house, so much of the work was done there.

Downer was a member of the committee that drafted the Constitution at the 1897 Australasian Federal Convention in Adelaide. The draft Constitution detailed the necessary powers that the new nation needed to manage its own affairs. One by one, clauses for the Constitution were watered down. Downer wondered whether the colonies would forever remain Britain’s infant. Victorian politician, Simon Fraser argued that the Convention delegates were not there to cut ties with Britain. Downer responded passionately to Fraser’s comment.

We do not propose in any way to separate from the British Crown, in fact we look to it with reverence. We consider ourselves the same people, but the very essence of the difference is that we think that we can make laws which will suffice us; in other words, to put it colloquially, we think we can manage our own affairs. 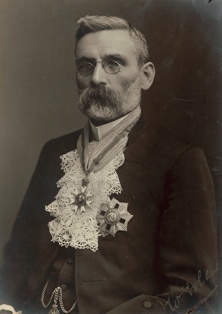 Frederick Holder was a school teacher, who became headmaster of the State school at Burra in northern South Australia. He gave this up to be editor of the local newspaper. He was elected Mayor, and then local member of parliament.

He was twice Premier, but only briefly. His best work was done as Treasurer in Charles Kingston’s long-lasting reformist government. He was a good manager of the colony’s money and he gained wide respect. At the Australasian Federal Conventions of 1897–98 he worked hard on the financial arrangements of the new Commonwealth.

Holder was disappointed not to be a minister in Prime Minister Edmund Barton’s Government. Barton organised that he would instead become the first Speaker. He was good at controlling the debates and was very fair in his rulings. Like the Speaker in the British Parliament, he stopped being a member of a party so that he would not be biased. In 1909, when the battle between the parties was very bitter, he collapsed in the Speaker’s chair, saying ‘Dreadful! Dreadful!’ He died later that day.

South Australian Treasurer, Frederick Holder, together with Premier Charles Kingston, made a final appeal to the electors of South Australia to vote in favour of Federation. Their appeal was printed as a letter to The Register.

We favour Federation in the interests of Australian National Life; for the sake of unity and fraternity, and for the strength and safety which they beget; and for the sake also of the progress and prosperity, peace and concord, which history tells us Federation alone can secure&hellipl