What were Tasmania’s towns and rural areas like in the late 1800s?

…the residents are much pleased to see a building being erected which is to be used as a branch of the National Bank. At present there is no bank and this proves a great inconvenience to the people. A whistle in the distance proclaims the arrival of the midday train bringing the morning papers from Launceston. Shortly after there is a whip crack in the street, the rumble of the coach, and the clatter of horses’ hoofs…

…the visitor is at once struck by its strange, foreign-looking appearance. Blackened hills arise on every side and even within the town the sides are steep. In every nook and cranny are perched cottages and huts of every conceivable size and shape. Most are covered with iron, painted red or brown to prevent corrosion.

The city was larger than I expected to find it; certainly the buildings were higher and better than I anticipated. The city is compact and well built; the streets and paths are well made. It abounds with parks and pretty sites, and the hills on which the residences of the well-to-do citizens are built are high and picturesque… The town is a busy one; the people are sociable and homely and evince a desire to make visitors welcome.

The first thing that strikes one about Hobart is the electric tram system. There are three lines of electric trams, enabling a visitor to obtain a good view of the pretty suburbs… The number of two and three-storey buildings surprises one who comes from Adelaide; there most of the private residences are only single-storeyed.

‘Notes from the country’

During the season one finds “apples, apples everywhere”… Recently the writer left Hobart by coach on a tour of the Huon districts with the object of inspecting the orchards, visiting the timber mill, sawmills, evaporating and pulping factories and taking note of other industries…

Distances between Tasmanian towns (rounded to the nearest mile) 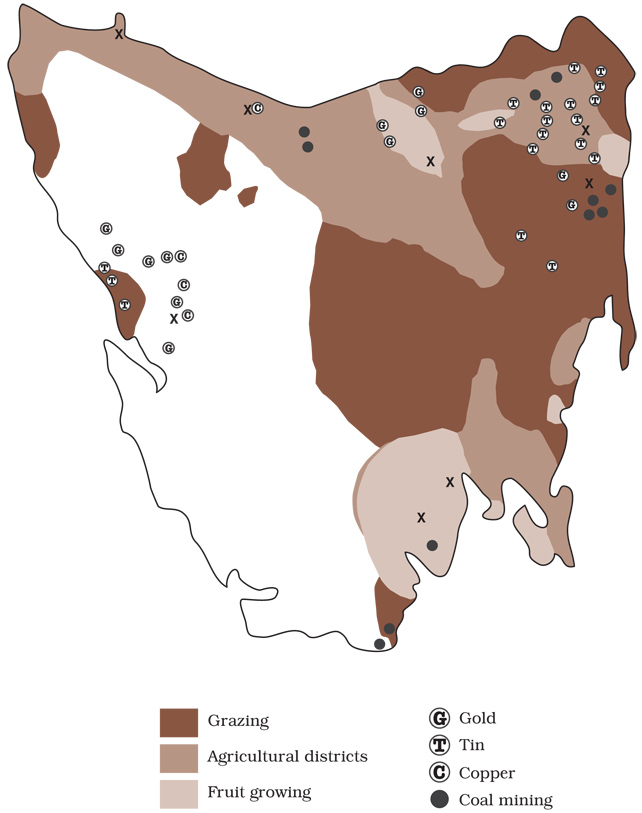