There are many old buildings around Stanley built in the sad old prison days, some of them with histories that should not be allowed to fall into oblivion… Circular Head is the name by which Stanley is best known, not only because of the far-famed rocky eminence, “The Nut”, rising abruptly on all sides to a height of 450 feet… [but] also because of its old-time associations, more particularly its famed potatoes. For many years the redskin potatoes…were disposed of as “Circulars.”

In the early days a prison station was established about a mile from the site of the present post office; some of the buildings used as officers’ quarters are still standing and in fair condition but the cells and walls are all in ruins. A great amount of prison labour was done on the road leading to St Marys.

‘Notes from the country’

The streets have been well made; and recently some of the discarded gas lamps from Launceston have been purchased and are utilised for lighting the streets on dark nights… Following the example set by larger communities [Ulverstone has] also established a permanent memorial of the Queen’s record reign; they have named the street leading from the station after Her Majesty and have planted pine and gum trees along either side from the station right down to the beach.

Goulds Country is three miles on the St Helens side of Lottah… I was considerably impressed with the endurance the early settlers must have had to face to sufficiently clear the land so as to enable them to make a living on it… the pioneers must have possessed some of the stuff of which British heroes are made.

Birthplaces of Tasmanians at census of 31 March 1901 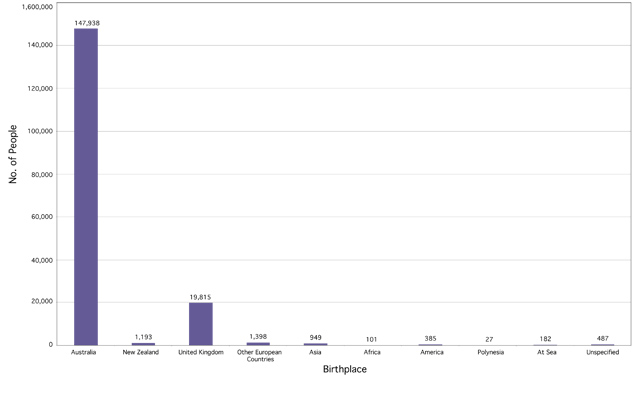 Religions of Tasmanians at census of 31 March 1901 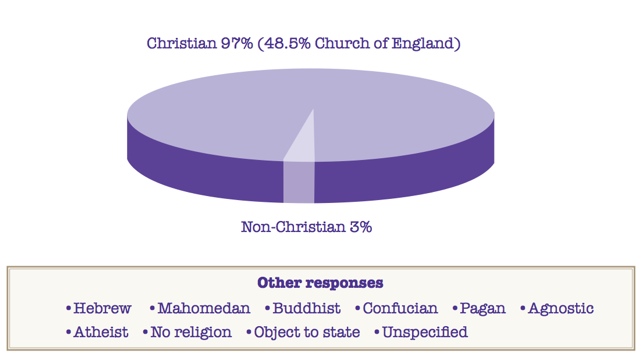