Who were some Tasmanians working for change in the 1890s? 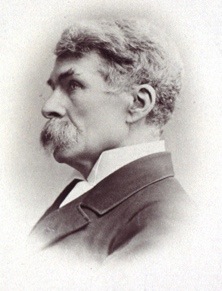 Edward Braddon was born in Cornwall, England. He migrated to Tasmania in 1878 and settled at Leith on the north-west coast. He entered the Tasmanian Parliament the following year and was Premier of Tasmania from 1894 to 1899.

Premier Braddon was especially clever at making sure that government money was not wasted. The money was used to build important roads, harbours and railways. To help raise money for Tasmania, he even arranged for Tattersall’s lotteries to be set up.

When Federation was being discussed, Braddon was very keen for Tasmania to join, but not if it would disadvantage the colony. He was concerned that Tasmania could lose the money raised from the intercolonial tariffs they collected on imported goods. The Tasmanian Government counted on getting this money and desperately needed it. The plan for Federation was that the new federal government would collect all the tariffs and keep the money for its own needs.

Braddon was a Tasmanian representative at the Australasian Federal Conventions and upset some of the other delegates when he insisted at the last moment that the federal government give three-quarters of the tariff money back to Tasmania and the other States. This would have forced the federal government to increase tariffs and so its opponents called it the ‘Braddon blot’. However, he won the argument, and Tasmania received this important income for 10 years after Federation.

Edward Braddon was elected to the first Federal Parliament in 1901, when he was nearly 72 years old. He still holds the record for being the oldest person to enter the House of Representatives.

On the eve of the first Referendum on whether Tasmanians should join the proposed Commonwealth of Australia, Braddon wrote a letter published in the Launceston Examiner. He spoke about his vision for the future and the benefits that Federation would bring to all Tasmanians.

…the opportunity will be presented to you of casting your vote for Australian Federation, and so helping forward that great movement which, if reason prevail, will make this small colony an integral portion of a nation and a sharer in all the advantages that will flow to every province united under the Constitution Bill in the Commonwealth of Australia. 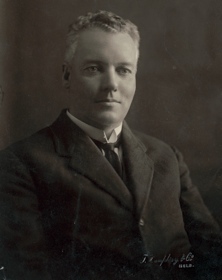 John Keating was a brilliant lawyer who was born in Hobart. He was always concerned about the rights of others and his way of helping them was by joining various community organisations and becoming a member of Parliament.

First, Keating became a leader of the Australian Natives Association, which was an organisation set up to protect the interests of white people born in Australia. The Australian Natives Association supported the idea of a ‘white Australia’, which meant supporting immigration laws that allowed only white people from British backgrounds to come to Australia. Today people might consider this idea racist, but at the time, many people believed it was in the best interests of Australia and would ensure national unity.

As one of the leaders of the Northern Tasmanian Federation League, Keating campaigned enthusiastically for Federation. He was elected as a senator to the first Federal Parliament in 1901. He was its youngest member.

Some of the things he worked for in the Senate included a special court so that workers would always be fairly treated by their employers, old-age pensions and better quarantine laws. ‘White Australia’ was something he felt was especially important, and he always supported the banning of ‘coloured’ immigration.

Keating used his position as a federal politician to do as much good as he could for Tasmania. One way he could help was by making sure the federal government improved communication across Bass Strait. A daily mail service to Tasmania is just one of the results of his influence as a senator.

Keating was mindful of the needs of Tasmanians when he led some of Australia’s first legislation. He was Chairman of the first Senate select committee, which focused on communication between Tasmania and the other colonies.

As senators are aware, Tasmania is connected with the continent, so as far as telegraphic communication is concerned, by a little cable of 190 or 200 miles in length, which is owned and controlled by a private company… I think the Commonwealth Government should give its early attention to the desirability of purchasing that little bit of cable, so as to make our telegraph system throughout the union one and undivided. 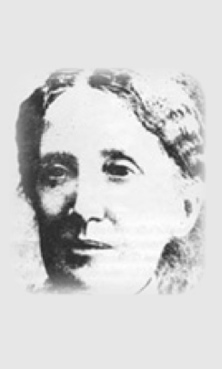 Jessie Spinks Rooke was born in London. She lived in both Melbourne and Sydney before moving to Tasmania in the 1890s. While in Sydney, she married a doctor, Charles Rooke, and joined the Woman’s Christian Temperance Union. This was an organisation that worked to uphold moral values in society and wanted alcoholic drinks to be banned. For the rest of her life, Rooke was a leading member of several similar organisations, always working to improve conditions for women and children, especially the poor.

As President of the Burnie Woman’s Christian Temperance Union, she became a leader in the fight for women’s suffrage in Tasmania. Women’s suffrage meant that women would have the right to vote, thus making them equal citizens with men. Then, they would have the opportunity to create laws to improve the lives of women and children.

Rooke was an excellent and forceful speaker, who travelled all over Tasmania, speaking publicly and gathering thousands of signatures on petitions insisting that parliament legislate for women’s suffrage. She even represented Australian women in Washington at a world conference for more rights for women.

Tasmanian women won the right to vote in 1903.

In 1896, Jessie Rooke, together with her friend Georgiana Kermode, travelled around Tasmania holding public meetings. At the meetings, she spoke about the need for equality with men. In particular, she highlighted the need for women having the vote as a matter of fairness. Rooke resolved that:

…the franchise be extended to the women of Tasmania as an act of common Justice. 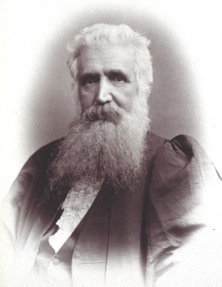 Bolton Stafford Bird was one of the people who represented Tasmania at the Federal Conventions to plan for Federation. He spoke about his desire for the people of Australia to unite as one nation, and that once united, it would remain so forever more.

He was born in 1840 in England. He moved to Victoria in 1852, then to Tasmania in 1874. There, he bought a block of land in the Huon district. After much struggle and extremely hard work, he had cleared his land of trees, built a large house out of local timber and planted apple trees. He shipped small consignments of apples to England, thus becoming one of the pioneers of Tasmania’s apple export industry.

Tragically for Bird, the Bank of Van Diemen’s Land, from whom he had borrowed the money for his farm, went bankrupt in 1891. The government raffled off all the properties of people who owed money to the bank. Bird’s home was won by a retired Sydney sea captain with a £1 lottery ticket, and Bird and his family had to leave.

Bird was always active in the local affairs of the Huon district. From 1882 until the year before his death in 1924, he was a member of the Tasmanian Parliament.

He represented Tasmania at the Federal Council in 1889, and the Federal Conventions in 1890–91. As a politician, he was described as fair and conscientious.

Bird attended the 1890 Australasian Federation Conference in Melbourne. The Conference established a framework in which future discussions about Federation would occur. Bird spoke about his desire for the people of Australia to unite as one nation, and that once united, would remain so forever more.

I do feel, that I am not here so much as a Tasmanian…but rather I desire to feel that I am here as one of the people who are about, I believe, to be united in a great Empire which will sway the destinies of countless millions for generations yet to come… I hope the day is not far distant when every citizen of these colonies…will soon be joined together in the bonds of a union never to be dissolved…