How did Victorians outside Melbourne celebrate Federation?

Celebrations in country Victoria on 1 January 1901

Delightfully, fine weather prevailed on Tuesday, but owing to the absence of a number of citizens there was not any demonstration in the city. This part is the more incomprehensible when the prominent part played by Bendigo in connection with the Federation movement is called to mind… At the request of the mayor, Mr. S. Ryan, a number of citizens decorated their residences and places of business with bunting, and flags were flying at the Government offices and town hall; but the only really good display was at the Beehive Exchange, where Mr. H. Burridge had the buildings tastefully decorated with a profusion of bunting. Special services were conducted in some of the churches.

Never before in Echuca has such enthusiasm been shown as was displayed in connection with the Commonwealth celebrations. The town was crowded with people from all parts of the district, and the houses and public buildings were gaily decorated. A procession of the local military, fire brigade, and others marched, headed by the band, to the centre of the Murray bridge, where it was met by a similar procession from Moama. The mayors of both municipalities shook hands and exchanged greetings, after which several patriotic speeches were made, and the crowd sang the National Anthem. A banquet was given in the town hall, the mayor presiding. Cricket teams, representing Victoria and New South Wales, met in the park in the afternoon and the latter won by 4 runs. In the evening a free open air concert was held at Moama, and a display of fireworks was given several thousands of people being present.

Commonwealth Day was celebrated here by a monster picnic, to which all the children in the shire were invited. The town was decorated with flags. The children, headed by the band, marched by the post office to the recreation reserve, a novelty in the procession being a cannon, followed by six young ladies dressed as nurses, with an ambulance stretcher… In the evening there was a concert and as a wind up a display of fireworks.

The ceremony of hoisting the flag at the State school was performed by Mr. Peacock, Chief Secretary, who made an appropriate patriotic speech. A large number of children formed in procession and marched to the school grounds, where they cheered when the flag was hoisted, and afterwards were treated to a picnic in the Botanical Gardens.

The monster picnic in Wodonga park on Tuesday was a highly successful gathering. Shortly before 11 o’clock about 300 bright looking and well-dressed children assembled at the Wodonga Post Office. The banners and bannerettes contained the usual loyal and patriotic mottoes, and added to the picturesqueness of the juvenile procession, as “the men and women of the future” wended their way down Sydney Street… The vast juvenile concourse, under the leadership of Miss McKoy, rendered the patriotic air “Australia for Ever” (by Mr. H.F Rix) most effectively during the afternoon. 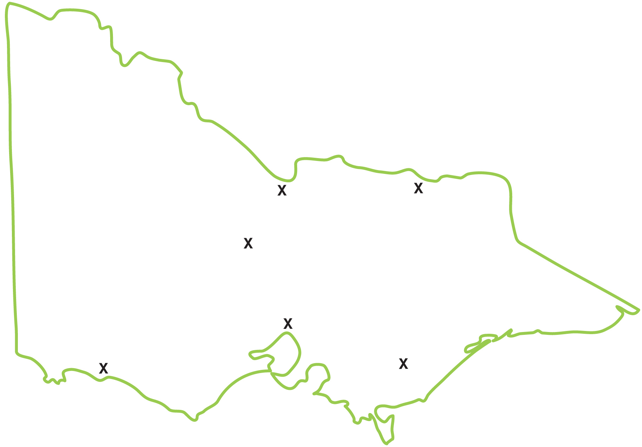