Who were some Victorian political figures that played a role in the Federation movement? 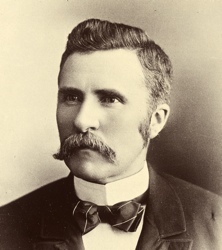 John Quick was born in England in 1852. His family came to Australia in 1854, and went to the Bendigo goldfields. John started work in the mines when he was 10 years old. He taught himself shorthand, and later became a reporter for the local paper. After moving to Melbourne, he gained scholarships to go to university and become a lawyer. When he was 28, he became Member for Bendigo.

Quick became a passionate advocate of Federation, and although he was not born in Australia, the Australian Natives Association bent its rules and allowed him to be a member. The Association was a great campaigner for Federation, and Quick established the Bendigo Federation League. In 1893, he was an Australian Natives Association delegate at an informal conference on Federation in Corowa, New South Wales. He played a key part in developing the conference plan, which advocated that the people rather than the parliaments should elect a new Federal Convention and vote on the Constitution. Quick worked hard to have the plan adopted. He was an active participant in drafting the Australian Constitution and was knighted in 1901 for his contribution to Federation.

Quick served in the Commonwealth Parliament from 1901, but was disappointed that he was never made a minister. He was appointed Deputy President of the Commonwealth Court of Conciliation and Arbitration, and wrote several books. He died in Melbourne in 1932.

Quick was an early advocate for Federation, speaking in favour of it, as early as 1882. While attending an informal constitutional convention in Corowa in New South Wales in 1893, Quick proposed that a formal national convention needed to be established to address the question of whether the six colonies should unite together as one. Quick’s proposal was adopted.

It is only by consistent agitation and discussion that a national question such as this can ever be brought to maturity. 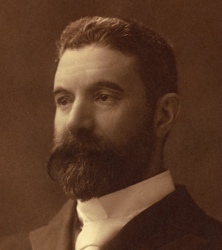 Alfred Deakin was the second Prime Minister of Australia. Before that, he led the Federation movement in Victoria. Deakin was born in Melbourne in 1856. He became a lawyer and wrote for The Age newspaper. Deakin was clever, handsome and a wonderful speaker. He entered politics at the age of 22, became involved in the Australian Natives Association and was very soon the leader of the reformers in the Victorian Parliament. Though he was an excellent politician, he kept thinking he would give it up and become a writer or a preacher. Deakin was keenly interested in spirituality, and was involved with a number of different spiritual groups and churches throughout his life. He felt that God wanted Australia to be a nation and that he was doing God’s will in working for Federation. Deakin was Prime Minister from 1903–04, and then from 1905–08. With the support of the Labor Party, he encouraged Australian industry with tariffs; set decent wages for workers through the Arbitration Court; and planned an Australian navy. As the Labor Party grew stronger, he combined with all other non-Labor politicians in 1909 to form the Liberal Party.

At an Australian Natives Association banquet in Bendigo in March 1898, Deakin addressed the crowd directly after Victorian politician, Isaac Isaacs had spoken about his reservations regarding the draft Constitution. Making his most famous and celebrated speech, Deakin spoke to the Australian Natives Association members as one Australian to another. His speech received rousing support. Noting the high level of support for Federation, other prominent Victorian politicians then campaigned in its favour.

At a time like the present this association cannot forget its watchword—Federation—or its character, which has never been provincial. It has never been a Victorian, but always an Australian Association. Its hour has now come… Every branch should be stimulated into action, until, without resorting to any but legitimate means, without any attempt at intimidation, without taking advantage of sectionalism, but in the purest and broadest spirit of Australian unity, all your members unite to awaken this colony to its duty… 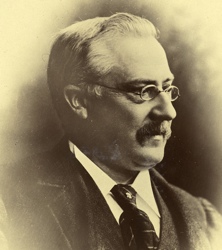 George Turner was born in Melbourne in 1851. He was a quiet, ordinary man, who came to hold some of the highest positions in the land, gaining great respect. Turner was a lawyer, who entered politics as a reformer. Soon his party chose him to be Premier, as he was a man who could handle the hard times that hit Victoria in the early 1890s. He had the tough job of cutting back spending because the Victorian Government had run out of funds.

Turner was elected to the Federal Convention of 1897–98, where he spoke plainly of difficulties and options. He did not make grand speeches. With his usual care, he took a long time to decide whether Federation would help or damage Victoria. He was worried about the farmers who would no longer be protected by the tax on stock coming into Victoria from New South Wales and Queensland. Alfred Deakin helped persuade him to campaign for the ‘yes’ vote.

Turner was elected to the Commonwealth Parliament in 1901, and became Treasurer in Barton’s Government. To have such a safe and careful man as Treasurer helped people to have faith in the new Government.

Having been convinced that Federation would benefit Victoria, Turner campaigned in favour of it. In April 1898, he spoke in St Kilda to declare his support for the union of the six colonies, to allay community concerns, and to discourage apathy in regard to the forthcoming referendum on the Constitutional Bill.

We [are] not handing over our affairs to a foreign body, but to the management of men chosen from amongst ourselves… [I have] the utmost confidence and trust in them to do what [is] right and just to all the states… [Voting ‘Aye’ will weld] these great colonies into a powerful federation—a noble Commonwealth, under that flag which we all respect… and revere… the grand old Union Jack. 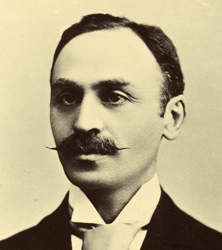 Isaac Isaacs was born in Melbourne in 1855. He was an excellent student, who became a leading lawyer in Melbourne, and a prominent politician in Victoria in the 1890s. Isaacs became Solicitor-General in 1893, and was elected to the Australasian Federal Convention of 1897–98, participating in drafting the Australian Constitution.

He was a member of the Commonwealth Parliament from 1901 to 1906. Alfred Deakin appointed him Attorney-General in 1905, and then to the High Court in 1906. In Isaacs’ interpretations of the Constitution, he gave large powers to the Commonwealth at the expense of the States. In 1930, the Scullin Labor Government asked the King to appoint Isaacs as Governor-General. The King wanted a British person, as was tradition, and tried to get Scullin to change his mind. But, Scullin stood firm, and the King, as a constitutional monarch, had to agree. Isaacs did the job well, but non-Labor governments continued to recommend British men to the position of Governor-General until 1965.

At an Australian Natives Association (ANA) banquet in Bendigo in March 1898, Isaacs spoke about his reservations regarding the draft Constitution. Although in favour of Federation, he urged the ANA members to vote ‘no’ at the forthcoming referendum so that the draft Constitution could be considered further. After Isaacs’ speech, Alfred Deakin spoke in favour of Federation, receiving rousing support from the ANA. Noting that the mood of the people was in favour of Federation, Isaacs changed course and campaigned hard in support of it. His pro-Federation message, together with his signature, was then printed in the newspaper during the campaign for a united Australia.

Every vote for the Bill is a brick that will help to raise the edifice of the Nation.