Who were some of the Victorian women that made important contributions to social and political change in the late 1800s? 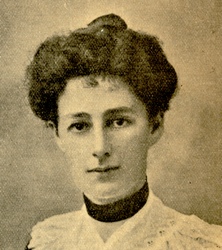 Vida Goldstein was born 1869 in Portland, Victoria. In 1877, her family moved to Melbourne. Her mother and father were both actively involved in social work and reform. Goldstein was educated by a private governess and attended Presbyterian Ladies College from 1884 to 1886.

In 1891, at the age of 21, Goldstein worked with her mother and many other women throughout Victoria, to collect 30,000 signatures in support of women’s right to vote. This came to be known as the ‘monster petition’. It stated ‘that government of the People, by the People and for the People, should mean all the People, and not one-half’. In 1902, Australia became the first nation in the world to give women the right to vote in federal elections. At the time of Federation, only women in South Australia and Western Australia had the right to vote in State elections. The women of Victoria were the last to win that right, in 1908.

Goldstein was very interested in politics. She became involved with the United Council for Women’s Suffrage, founded by Annette Bear-Crawford. This group formed to unite all the various women’s organisations working for the same causes. After Bear-Crawford’s death, Goldstein became leader. She also owned and edited the newspaper, Women’s Sphere. She was outspoken on public control of public utilities, equal pay and workers’ rights. She was involved in many women’s organisations, including the National Council of Women, the Victorian Women’s Public Servants Association and the Women’s Writers’ Club. Goldstein was the first woman in the British Empire to stand for election to a national Parliament in 1902. She made several unsuccessful attempts as an independent candidate to run for office, both for the Senate and the House of Representatives.

Goldstein never ceased working for the causes that she believed in. During World War I, she was a pacifist and formed the Women’s Peace Army to oppose the war. She died in Melbourne in 1949. In 1984, a federal electorate of Victoria was named Goldstein in her honour.

I accepted nomination because I saw what a splendid educational value the campaign would have. I knew I would attract much larger audiences as a candidate than if I were advertised to give a lecture on women’s part in the federal elections, or some such subject. I believed that people would come to my meetings out of curiosity to see the wild woman who sought to enter Parliament.