What problems and challenges resulted from the Western Australian gold rush?

Now, we might mention that we have been on this field from a fortnight after it started and have carefully watched the general progress of things. What we want to state is that if many more people rush here, unless there is more water provided for them there must be scenes of desolation and misery. God knows it was trouble enough last summer, there has not been nearly the amount of rain this winter that there was last, consequently the soakages wont stand so long this summer as last. We would tender a word of advice to every one to stay awhile and not come until they are quite certain of water been obtained. There are now, we should say, upwards of 3,000 men here and nearly two months now without rain. There is not enough water for 1,000. We don’t suppose our note of warning will have much effect on a feverish public, but they would do well to listen to it.
Yours, etc.,
Benstead & Mercer,
Storekeepers and Butchers

About WA by Henry Lawson

W.A. is a fraud—The curse of the country is gold, as sheep are the curse of the East. A more sordid, vulgar condition of things would be impossible to conceive. The old sand-gropers are the best to work for or to have dealings with. The Othersiders are cutting each others throats. W.A. is a huge camp of adventurers and failures. 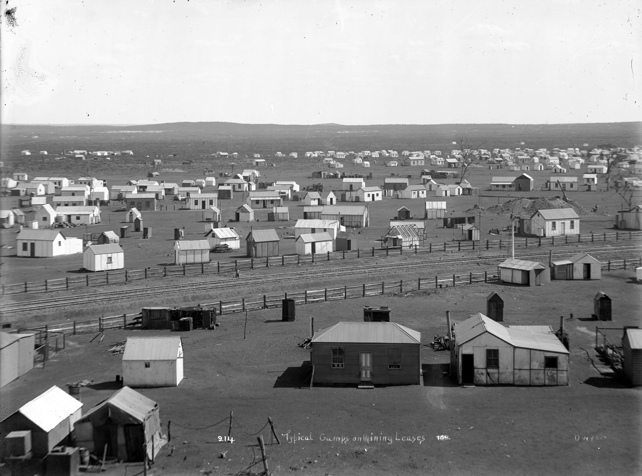