Who were some influential citizens in Western Australia in the late 1800s? 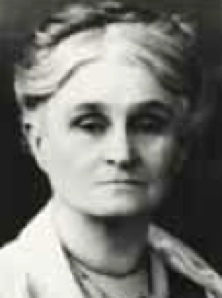 Edith Cowan was a politician, social campaigner and the first woman elected as a representative in an Australian parliament. She was born in 1861 near Geraldton, WA to an influential and respected family. Her father was a pastoralist at Glengarry Station. When Edith was seven, her mother died in childbirth and Edith was sent to boarding school in Perth. Her time there and at secondary school impressed upon her the importance of education.

Edith married James Cowan in Perth in 1879 when she was 17 years old. The couple lived in West Perth and Cottesloe, and had five children together. Edith had always been interested in helping others. She was active in voluntary organisations such as schools and hospital boards. She helped found the Karrakatta Club, which raised awareness of women and children’s rights and social issues. She was also involved in the Women’s Service Guild to fight for the welfare of migrants and deserted wives, and the inheritance rights of mothers. Later, Edith worked to establish a women’s hospital and the Western Australian branch of the National Council of Women to help women, children and families. She served as President from 1913 to 1921, and was Vice-President until her death. She founded the Children’s Protection Society, and was Chairperson of the Red Cross Appeal Society during World War I.

Women gained the vote in WA in 1899. At the age of 59, Edith Cowan stood as the candidate for the Legislative Assembly seat of West Perth because she wanted domestic and social issues to be given more focus. She became the first woman elected as a representative in an Australian parliament in 1920.

Edith Cowan died in 1932. She is commemorated on the Australian $50 note (below), and the Edith Cowan University has been named in her honour.

Edith Cowan worked to improve her community by appealing to people’s higher values and ideals. In the Western Australian Legislative Assembly in 1923, she spoke in favour of banning horse-racing and the sale of alcohol on ANZAC Day.

I have always felt it a good thing if sometimes the statutes are a little ahead of the ideals of the people, because the law is there for them to live up to.

A specimen $50 note with a portrait of Edith Cowan 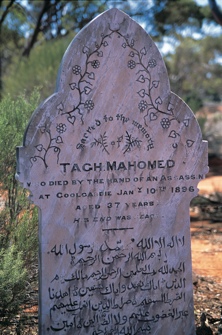 Faiz Mahomed was a camel-owner and carrier, said to have come from a wealthy Afghan family. He arrived in Australia around 1870, and managed a camel station in South Australia. In 1880, he bought the station and operated it with his younger brother, Tagh. In 1892, after large goldfields were discovered in Western Australia, the brothers, with five shiploads of camels, established businesses in Coolgardie and other smaller towns. They transported goods and people to and from the goldfields. Conditions there were terrible, with heat and dust often making life miserable for the miners living in tents. There were very few services, such as medical help, and almost no water. The miners rarely washed, so disease was common and many died.

The Mahomed brothers were known to help miners by providing rations when they were suffering thirst and starvation. They also searched for them when they were lost. Faiz organised fellow Muslims to build a mosque, contributing his own money. Faiz was active in community affairs, even though he was not an official citizen of the British Empire. He was respected by both Europeans and Afghans. Faiz campaigned to protect Afghans and to allow more religious leaders to come to Australia. When Tagh was murdered in 1896 by another Afghan, Faiz carried on the business alone. But, he had great problems trying to import new camels from Asia and lost a lot of money. He retired and returned to India, where he is buried.

A team of camels 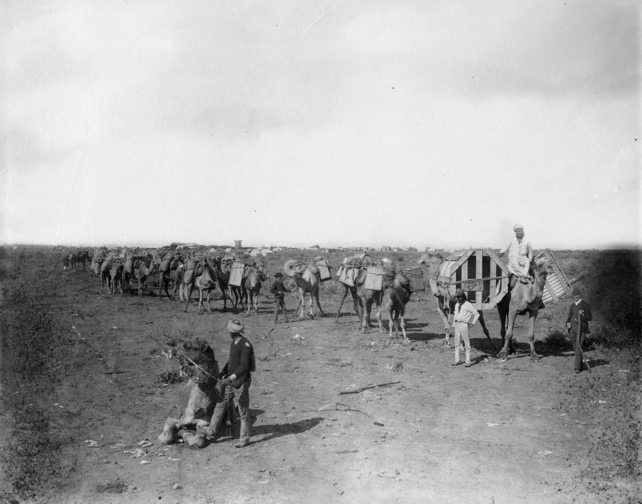 This advertisement appeared in The West Australian, 2 November 1892. 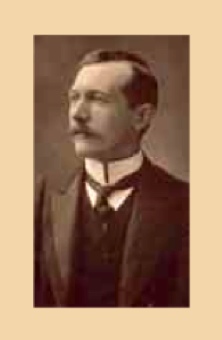 John Kirwan, journalist and politician, was born in 1869 in Liverpool, England. He came to Australia in 1889, and eventually became editor of the Kalgoorlie Miner in Western Australia. The newspaper was a prominent advocate for miners’ rights and keeping them informed.

It also became very critical of Premier John Forrest’s Government, and complained that it was taking too long to consider Federation for Western Australia.

The reluctance of the government to hold a referendum on Federation provoked Kirwan to campaign in the Kalgoorlie Miner for separation. He urged Goldfields and Esperance residents to petition the Queen for separation from Western Australia in order to join the Commonwealth as an independent State. The campaign culminated in December 1899 in the formation of the Eastern Goldfields Reform League and its presentation of a petition to the Queen, signed by 27,733 male residents. The petition was not successful, but John Forrest’s Government reconsidered its position. In the ensuing referendum, 44,800 voted ‘yes’ and 19,691 voted ‘no’ to Federation. More than half the ‘yes’ vote came from the goldfields.

Kirwan was elected to represent Kalgoorlie in the first Commonwealth Parliament after Federation in 1901. Here, he sided with the ‘Free Traders’ led by George Reid. He lost his seat in the 1903 Commonwealth elections, and entered the Western Australian Legislative Council in 1908, where he served until his retirement in 1946.

John Kirwan was a keen federalist and a member of the first Commonwealth Parliament. He was impressed with the ability and the experience of many of his fellow parliamentarians. In his autobiography, he recounted his impressions of the first Parliament.

Still, it is safe to say that of the seventy-five representatives and thirty-six senators… there were forty or fifty of exceptional outstanding ability. Most of the others were vastly above the average… It was said of the first Ministry that it was like a ship with too many captains on board. They had all been leaders in their own states and could not get out of the habit of giving orders and having their own way. 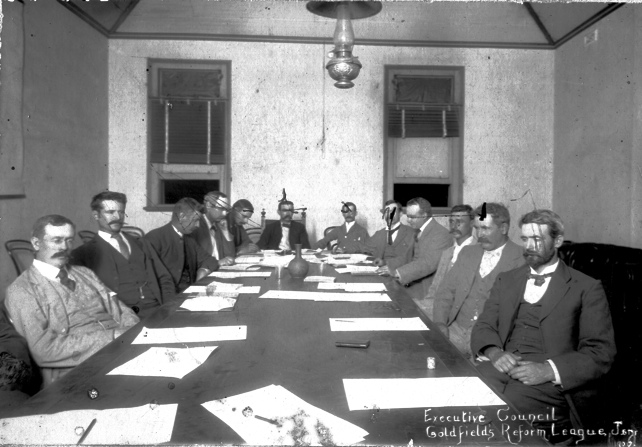 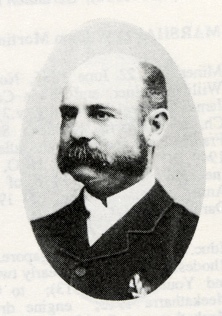 William Edward Marmion was born in Fremantle, Western Australia in 1845. By the age of 21, he had founded his own company. Marmion’s business interests included pastoral properties in places as far-flung as the Kimberley, shipping and later, gold mining. He had a good eye for opportunities, and his work helped to develop the fledgling industries of the colony, and expand its settlement.

Marmion’s interests in the expansion of Western Australia led to an interest in politics. He was appointed to the Legislative Council in 1870, and was elected to the Legislative Assembly for Fremantle when Western Australia attained responsible government in 1890. The discovery of gold in the 1890s brought dramatic change to the colony, with a sudden increase in the population and an expansion of mining settlements on the eastern goldfields. As Minister for Mines, he oversaw the development of the mining settlements, which, by the end of the decade…after Marmion’s death…would become increasingly hostile to the government in Perth. Representatives of the mining settlements believed that the government was working against their interests, and delaying Western Australia’s unification with the other Australian colonies in a Federation.

Marmion was one of the Western Australian representatives at the Federal Convention in Sydney 1891. He did not stand out among much larger personalities, such as Henry Parkes, Edmund Barton, John Forrest and Samuel Griffith. When he did speak at any length, it was to caution those present not to move too far away from the attachment to Britain and the monarchy in their framing of the draft Constitution.

Marmion would not live to see the colony of Western Australia vote to enter the Federation in 1900. He passed away suddenly in 1896 from liver disease. The people of Fremantle chose to remember his service to them and Western Australia with the erection of a Celtic cross, which also symbolised Marmion’s devout Catholicism.

At the 1891 Federal Convention, delegates considered whether it would be appropriate for a law passed by the proposed Commonwealth Parliament to be referred to the British Parliament, or the Crown, for consideration. This practice had existed in some colonial parliaments. William Marmion was in favour of maintaining a firmer connection between the new Parliament and the Crown.

Under this bill the connection between the British Crown and Australia generally is so very slight, that we ought not to do anything calculated to weaken it. The time will possibly arrive quite soon enough for the connecting link to be cut altogether, and we should at any rate do nothing in this Convention to hasten that time.